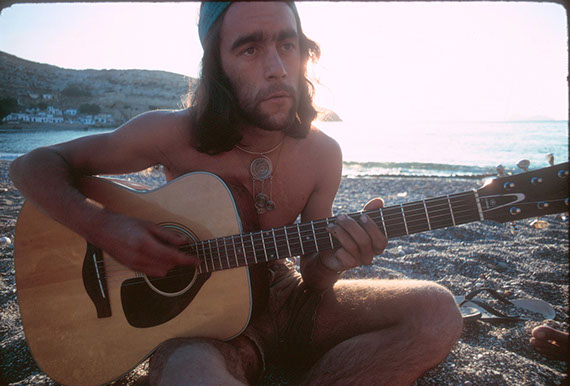 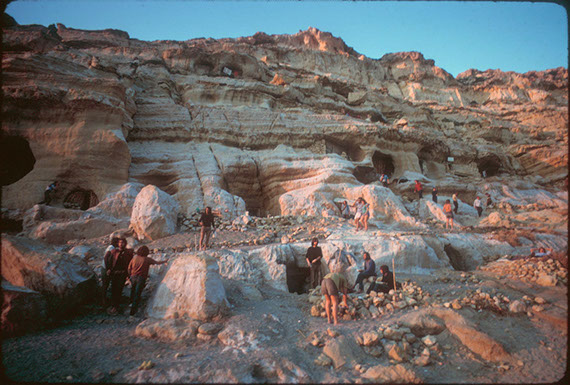 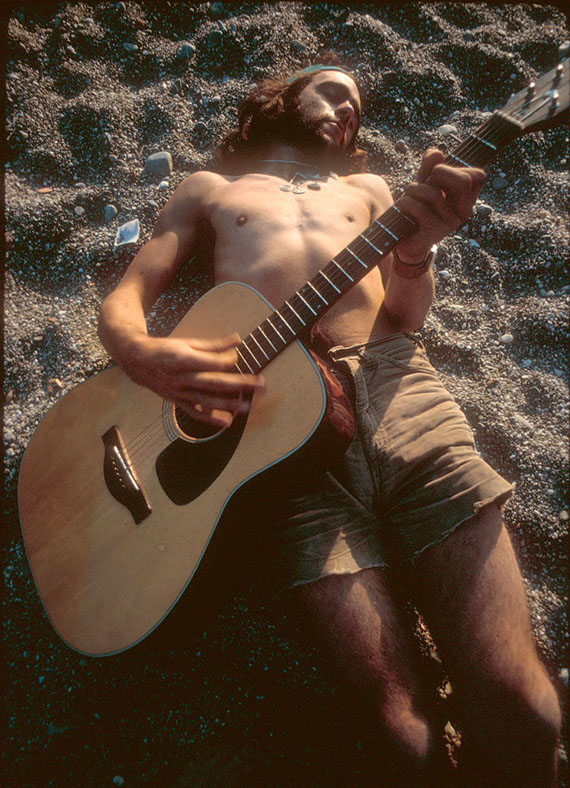 I was in Matala during October and November 1969 and didn't come back there until 2001.  While I was there the first time, there was a photographer from Twen Magazine of Germany called Will McBride who passed away 5 years ago.  He took lots of photos and sent me 3 transparencies in 1970.  I recently found a copy of the magazine from Feb 1970 thanks to Anne's story on your site who gave me the date.

I decided to take a journey to the East.  I cashed my savings and left the UK to go hitchhiking through Europe on my own.  The journey was an event on its own: standing at Ostend for 12 hours; getting searched on the Aachen border; taking a ‘trip’ through the Alps with a Yugoslavian pop singer; waking up in a bus shelter in Zagreb surrounded by women dressed in black and seeing Tito's motorcade; sleeping rough the next two nights; me and Dick from Yorkshire spending 36 hours with Arabs from Beirut travelling from Germany in 2 Mercedes Benz; running away from them at the Greek border; trying to get a lift to Turkey and failing and deciding to go to Matala having heard the name from some people on the road through Yugoslavia.  I travelled to Piraeus  and caught an overnight boat to Iraklion sharing food and drink with olive skinned country people and their donkeys.  They were very fit looking and spent the night dancing and playing cards in the lounge.  I was with 2 Americans and we caught the bus to Matala via Mires.

I remember the bus going through all the little villages – it was September and very hot – no air conditioning of course and no bypasses – the bus went through the centre of many villages like Pitsidia and we eventually arrived in Matala – an unforgettable experience.  We were met by a welcoming committee – some of them were waiting for friends with supplies from Mires market.  They took us to the caves and helped us choose a bed for the night – right up near the top overlooking the bay – quite scary to get up there with a rucksack.  I spent several nights in a cave with the two Americans.  It was very dark at night and we had to be careful climbing along the ridge.

I was made to feel part of the community quite early on and my strongest memories are of an idyllic life, swimming in the sea; playing Frisbee on the enormous beach; eating simple food – 1 course at a time – 1st potatoes, 2nd green beans etc, this was because we only had a single camping gas stove.  The caves were really clean with pebbles from the beach on the floor and strips of bamboo bark on the ledges or floor to sleep on.  There were covers over some of the doors for privacy and to keep out drafts at night.  Most people dressed in a very casual fashion wearing shorts and tops and sandals with maybe a bandana or a hat with feathers to ward off the sun and for fashion.  Everyone was friendly and the life was peaceful with no arguments.  The majority of residents were Americans, some of them dodging the draft for Vietnam, but there was one Italian (Rene) who had been there the longest, he spoke little English but managed to communicate with me and others.  He was regarded with respect and kept order somehow – by his presence and character – I think people wanted to feel equal but also have some order.  After about 1 week I met a girl from New York called Lena,   she's in a couple of Will's photos.  We spent the next weeks in a wonderful relationship; making love and enjoying the experience even more through our physical and spiritual contact.

One day a new arrival brought a copy of Abbey Road by the Beatles and we played it on a portable record player in front of the caves.  It sounded excellent and summed up the experience for me.  Here comes the sun! and in the end...The love you make is equal to the love you take.  One day we obtained some American Sunshine LSD and about 6 of us took a trip and walked over to Red Beach in a transcendental state.  The sand was the same colour as our skin so we didn't need clothes.

Every evening we found somewhere to smoke a chillum of black cannabis resin and got high, once I remember going to someone's cave a way back from the beach and later we found it difficult to find our way back – especially as we were laughing so much because we were so high.

The memories I have of the local people are centred around the shops in the village.  There was a bakery with lovely food, especially baklava, hmm hmm...  We could eat a Gyros in round Pita bread with fresh mint yoghurt when I was in Saloniki and Athens and maybe in Mires on a Saturday but I think it was called Souvlaki then.  We bought long russet coloured candles from a shop in the backstreet of Matala village where we also got yoghurt and honey and sometimes rice pudding with huge sultanas.  I also remember going to ‘the mermaid’ café one night and playing records on the Juke Box and drinking Retsina – I love Retsina – The waiters did a dance after drinking Raki in which they bit chunks out of wine glasses and spat the glass and blood on the floor.  What a night!  I had Raki too.  What a hangover! but it was worth it.  The next day, I sobered up with a dive into the sea and later a shower under the hand pump on the edge of the beach (now by the steps near the supermarket).

My £50 had lasted well and I had about £15 left so the choice was to find some work picking olives; travel to Brindisi in Italy to sell blood (not for me); or return home while I still could.  The decision was helped by the weather getting cooler – it was now November.  I joined a girl who also wanted to return and we eventually set off by bus and boat to Athens.  We then hitchhiked out of Athens and had an experience with a local guy with a gun somewhere on the road north.  We managed to evade trouble and with some beautiful brown bread in our possession got a lift in a 40ft articulated lorry travelling from Katerina to Vienna with lots of beautiful Greek oranges.  We then experienced 4 seasons in 1 day as the leaves fell and we hit winter in Vienna where he dropped us.  Zero degrees Centigrade brrrrrr.  We tried to hitch hike but it was too damn cold in our summer ‘hippy gear’ (she had a thin full length velvet coat) but we eventually managed to get a lift to Munich and then looked up Will McBride who took the photographs in Matala for Twen magazine.  He had a lovely house with the bedrooms in the basement and after spending the night there reminiscing about Matala we caught a train back to Ostend and boarded a ferry to Dover.

As always, at that time, the journey continued to be a surprise. I met two Californians who had flown into Luxembourg with some Organic Mescaline which I helped then sample and had the most colourful entrance back to England.  Bright red post boxes in Dover and vivid yellow sodium street lights in the rain on the bus journey from Victoria back to Leicester, having parted company with the lady in London.

When I returned to Matala in 2001, I fell in love with the place again and it will always have a special place in my heart, I took my daughter there in 2002 and she got married by the church overlooking Kommos beach in 2015, The wind was in from Africa under the Matala Moon.